Tulgey Woods Sanctuary CIC for all our futures

Tulgey Woods Sancturary CIC provides a home for various forms of flora and fauna. Many species are to be expected but some are a little more unusual. 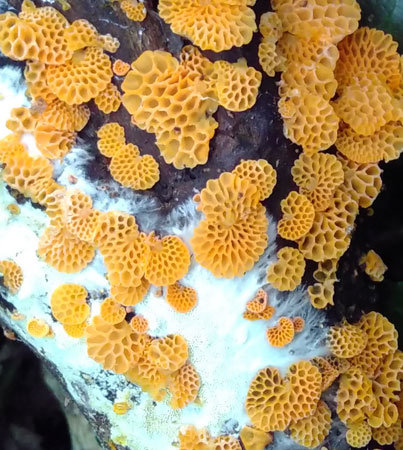 In 2017 we discovered a bright orange fungus growing on some decaying tree branches. Unable to identify the fungus using traditional search criteria we made contact with Dr David Farley, of the Devon Fungus Group and British Mycological Society of Exeter University. David confirmed that we had discovered Favolaschia calocera – the orange ping-pong bat fungus. The fungus was first sighted in the UK in 2012 and has a variety of names including orange pore fungus, orange pore conch as well as orange ping-pong bat. It may have arrived on imported timber or timber waste products such as bark although this has not been confirmed. It will only grow on dead wood and isn’t considered to be a threat to native species. 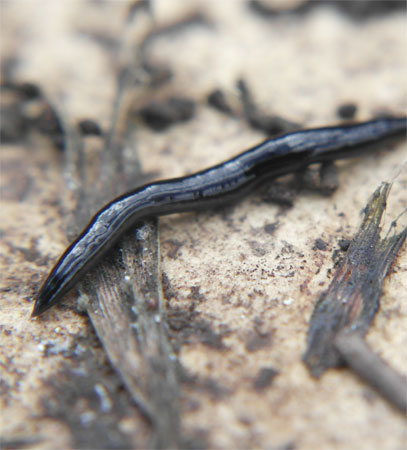 In 2014 we stumbled across a dead slow worm, On closer inspection the slow worm was being eaten by what looked like small, black leeches.

In 2019 we contacted Dr Hugh Jones, Scientific Associate at the Natural History Museum in London. We sent some specimens to him and he was able to confirm that our 'leeches' were in fact Australian flatworms of the scientific name Australopacifica atrata. This rare species appears to be abundant in Tulgey Woods. The tiny flatworms feed off dead and decaying matter. 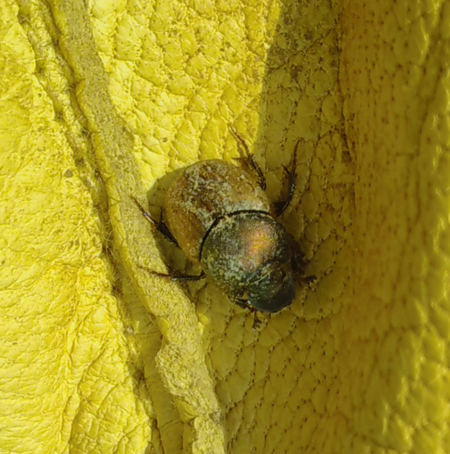 In 2019 we were rummaging through some fox dung, as you do, when we noticed some small holes within the faeces. Inside we found a small golden beetle. We made contact with Darren J. Mann, Head of Life Collections at the Oxford University Museum of Natural History. Darren was able to confirm that the beetle was a dung beetle,  Onthophagus paleonthophagus. This particular type of dung beetle is particularly fond of canine faeces. 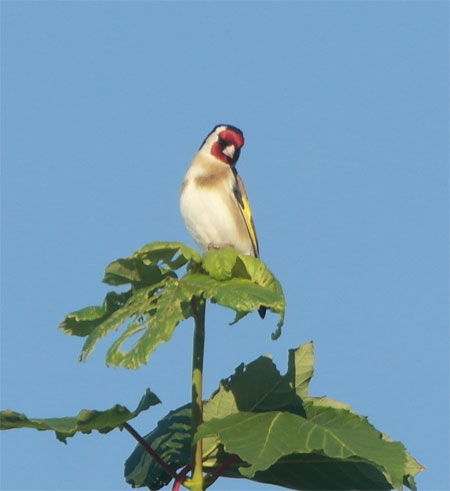 Aside from our more unusual species we have plenty of the UK's favourites. Flocks of goldfinches frequent the woods and dunnocks can be observed daily, foraging on the floor. Long tailed tits, blue tits, great tits, black caps, robins, blackbirds and  thrushes are all resident in and around the woods and the willow warblers arrive every spring having travelled from Sub-Saharan Africa where they spend their winters. The wrens and firecrests also thrive in our wildlife sanctuary. 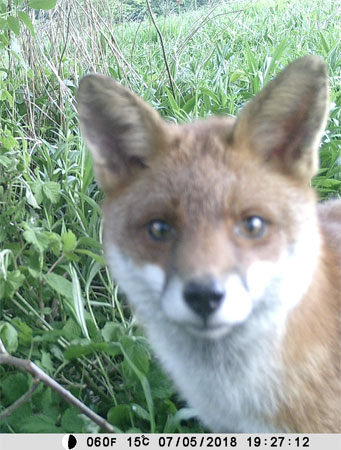 Sadly we lost our pheasants last year due to dogs invading the site however when the wildlife friendly fence is installed we hope that other pheasants will be able to find solace in the woods.

When it comes to mammals we have several resident foxes, badgers, squirrels as well as rats, mice and shrews. We have the perfect environment for dormice within our ancient Devon mounds although we have failed to spot one yet. Gimble, one of our male fox residents is often seen peering into the wildlife cameras (see picture left). At night we observe bats flying but we have yet to identify which type of bats they are.

Over the last few years we have seen an increase in slow worms who have been enjoying basking in the sun in our coppiced areas. During 2020 we have noticed larger slow worms than ever seen before suggesting that they are living longer despite the constant threat from domestic cats.

Domestic cats are a problem for us as we are surrounded by housing estates containing multiple feline killers. We do employ a water pistol to help deter the cats from hunting in the woods, and our 'magpie police patrol' is also effective in making the cats feel incredibly uncomfortable when they are tempted to hunt. 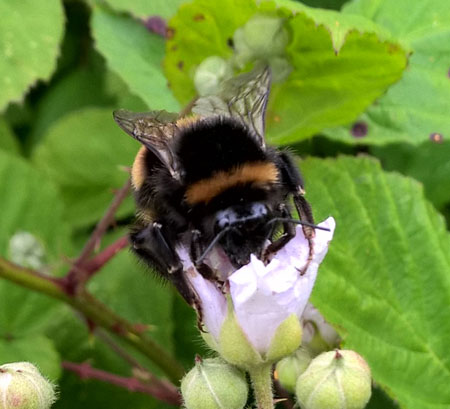 Did we mention the pollinators, the unsung wonders of the woods? In September our wildflower meadows erupt with blooms including large swathes of Michaelmas Daisies and Brambles which the bees adore. The sound of the bees at this time of year is incredible and with each step through the woods you fear you may be near a large bees nest. We plan to place extra  hives in the woods next year to help and encourage the bees.

Bees, wasps, beetles and butterflies are an essential part of our ecology and it has been great to see increases in their numbers since the project started in 2016. With regards to butterflies we have many UK natives such as large whites, small whites, holly blues, peacocks, commas, red admirals, tortoisehells and speckled woods.

Moths are also in abundance and we regularly observe day flying moths in the form of Jersey Tiger Moth and Scarlet Tiger Moth, these beautifully coloured moths are a sight to behold. Other moths observed include the Pale Tussock and the Elephant Tiger.

2020 saw a huge increase in numbers of grasshoppers who fill the air with their gorgeous stridulation as daylight dwindles, The coppicing, and improved grassland and meadow areas, are sure to have played a part in this. We look forward to sharing new sightings with you very soon.